They Told Peyton Manning Not to Talk About Jesus, He Turned Around and Did THIS - BuzzPo

They Told Peyton Manning Not to Talk About Jesus, He Turned Around and Did THIS - BuzzPo: "Not only is Peyton Manning one of the best NFL quarterbacks of all time, he is a devout Christian who recently shared his commitment to Christ in a very public way.

It’s not always popular to take a stand for Christian values. Case in point: the media scrutiny over Tim Tebow’s faith-based views. Apparently, Manning is one star athlete with his head screwed on straight."

For record 59th time, Americans name Billy Graham one of the 10 most admired men | The Charlotte Observer

For record 59th time, Americans name Billy Graham one of the 10 most admired men | The Charlotte Observer: "He’s 97 and has kept a much lower public profile since his last crusade 10 years ago. But in 2015, Billy Graham was again among the 10 men most admired by Americans, the Gallup polling organization reported Monday."

Insulted Muslims Forced A Maryland School To Ban Christmas Because They Found It "Insulting" -: "The War on Christmas continues as Muslims in the Montgomery County School District in Maryland successfully strip the Christian holiday from the school’s calendar. In addition to this measure, the schools will no longer recognize Easter or Yom Kippur to satisfy unhappy Muslim parents and students."

Look What Obama Said About the True Meaning of Christmas...

Look What Obama Said About the True Meaning of Christmas...: "One of my all-time favorite Christmas traditions is gathering up my kids and watching A Charlie Brown Christmas, something I’ve done every single year since I was a wee lad.

As a Christian, I love how Linus explains to Charlie Brown the true meaning of Christmas: the birth of Christ."

Biblical Content Gets Cut From Students’ ‘A Charlie Brown Christmas’ Play — and Here’s How People Are Reacting | TheBlaze.com

Biblical Content Gets Cut From Students’ ‘A Charlie Brown Christmas’ Play — and Here’s How People Are Reacting | TheBlaze.com: "A conservative legal firm is pushing back against a public school district’s decision to “censor” an elementary school production of “A Charlie Brown Christmas” after a family’s complaint reportedly led officials to remove all religious references from the show."

After School Censors Jesus, Parents Interrupt Christmas Play, Stand Up, And Do Something Incredible

After School Censors Jesus, Parents Interrupt Christmas Play, Stand Up, And Do Something Incredible: "One of the most classic Christmas movies is “A Charlie Brown Christmas,” and perhaps the most memorable scenes in the movie is Linus Van Pelt’s monologue, during which he shares the true meaning of Christmas by reciting Luke 2:8-14."

What should parents tell their children about Santa Claus?

What should parents tell their children about Santa Claus?: "Answer: Although Santa Claus is a mythical figure, his creation is based in part on a great Christian man named Saint Nicholas of Myra, who lived in the 4th century. Nicholas was born to Christian parents who left him an inheritance when they died, which he distributed to the poor. He became a priest at a young age and was well-known for his compassion and generosity. He had a reputation for giving gifts anonymously, and he would throw bags of money into people's homes (and sometimes down their chimneys) under the cover of night to avoid being spotted."

How should Christians respond to the "War on Christmas"?

Virginia School District Shuts Down After Backlash Over Islamic Assignment - Minutemen News: "After defending a Virginia teacher who made her students copy the Muslim statement of faith known as the shahada as part of a calligraphy assignment, Augusta County Schools shut down the entire school system Friday when a backlash erupted on social media."

True or False? Christianity Under Attack in the Classroom | American Center for Law and Justice

True or False? Christianity Under Attack in the Classroom | American Center for Law and Justice: "Whatever happened to the days of “reading, writing, and ‘rithmetic”? The days when students and parents could expect that educators would teach the preparatory skills necessary for college and life as a productive citizen without feeling the need to inject their own agendas into the instruction? "

If Your Church Makes Christianity ‘Cool’ And Comfortable, You Should Find A New Church | TheBlaze.com

If Your Church Makes Christianity ‘Cool’ And Comfortable, You Should Find A New Church | TheBlaze.com: "There are no two words in the English language more incongruous than “celebrity” and “pastor,” but as we all know, these are very incongruous times. One of the latest red carpet-trotting “celebrity pastors,” Rich Wilkerson, was just profiled here on TheBlaze." Orthodox Rabbis Issue Groundbreaking Declaration Affirming ‘Partnership’ With Christianity: "A group of prominent Orthodox rabbis in Israel, the United States and Europe have issued a historic public statement affirming that Christianity is “the willed divine outcome and gift to the nations” and urging Jews and Christians to “work together as partners to address the moral challenges of our era.”"

How to improve your marriage: By studying love and romance in the Bible - Kindle edition by Glenn Pease, Steve Pease. Religion & Spirituality Kindle eBooks @ Amazon.com.:

5 Ways to Handle Grief, Loneliness at Christmastime: "Christmas isn’t a joyful season for everybody. Grief – whether from loss, loneliness or both – crescendos around this time of year for many, and the deep, emotional pain can seem like almost too much to bear."

Christianity In The Middle East: On The Verge Of Extinction 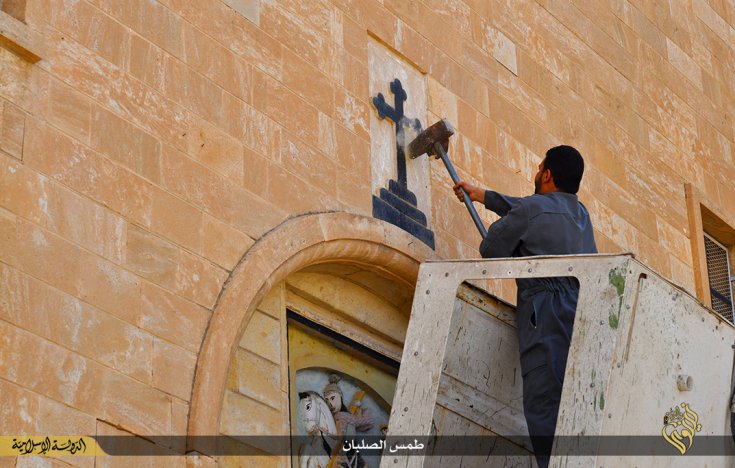 Christianity In The Middle East: On The Verge Of Extinction: "One million three hundred thousand Iraqi Christians have been displaced, murdered or taken prisoner since 2003. A centuries old civilization now faces permanent extinction while the rest of the world, including the U.S. government, looks on."

5 Ways to Honor God with Your Christmas Giving

5 Ways to Honor God with Your Christmas Giving: "The plans of the diligent lead surely to abundance, but everyone who is hasty comes only to poverty. —Proverbs 21:5 (ESV)"

Christianity in Britain declining as Islam more popular, report shows — RT UK: "Modern Britain is no longer a Christian country, a report by the Commission on Religion and Belief in Public Life concludes. It calls on institutions to adapt to the nation’s increasingly multi-faith and non-religious makeup."

How to improve your marriage: By studying love and romance in the Bible - Kindle edition by Glenn Pease, Steve Pease. Religion & Spirituality Kindle eBooks @ Amazon.com.:

Ten Things to Understand about Islam

Ten Things to Understand about Islam: "One of the big problems in the strong emotions about Islamic violence is that we in the “Christian” West simply don’t know very much about the Islamic religion."

Question of the Week

Question of the Week: "When tragedy strikes, it is common for people to ask, “What does this mean?” When we witness some disaster or mass murder, there is a natural feeling that what has happened should not have happened."

Improve your marriage with Bible pinciples

Are there signs of Jesus return

The story you may not know

The true meaning of Christmas

Learn how to pray

How Easter changed the world forever

WOMEN OF THE BIBLE BOX SET

Amazing women of the Old and New testament

AMAZING WOMEN OF THE OLD TESTAMENT

How they fit into Gods plans

The final days. The passion of Christ

WHAT SHOULD WE BE THANKFUL FOR

Being grateful and showing thanks to God

Why do Christians have to suffer

How to learn the Old Testament

Why are they still important

AMAZING WOMEN OF THE NEW TESAMENT

How they were a big part of Gods plan